Theme: The average human brain consists of about 100 billion neurons connected by around a thousand trillion synapses – it is the most powerful computer known and yet only consumes about 25 Watts of power. Two mathematicians from Manchester Metropolitan University have invented a way to perform conventional computing using brain dynamics. The invention has potential applications in two scientific fields. In Computing, it could lead to the building of the world’s most powerful supercomputer. In Biology, it could provide an assay (test circuit) for cell degradation to help with drug testing for neurological conditions such as Alzheimer’s disease, Parkinson’s disease and epilepsy. 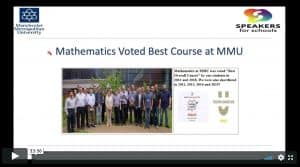