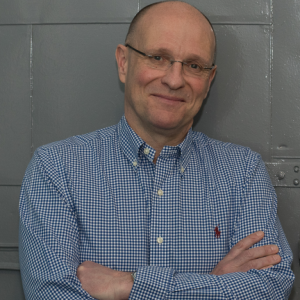 Alan Clements has had a successful career as a dynamic, creative leader in award winning television production and business management. He set up Two Rivers Media in Late 2018 backed by international production and distribution business Kew Media, merchant bankers Noble Grossart and the C4 Growth Fund. He has successfully recruited a senior leadership team all based in Glasgow. These include Mirella Breda, formerly Commissioning Editor at the BBC, Lizi Wootton, formerly Acting Head of Features at Channel 4, Mick McAvoy, formerly Head of Factual at STV and Lucy Bacon, formerly Development Executive at Wall to Wall.

Prior to forming Two Rivers Media, Alan ran STV Productions and, under his leadership, moved the company from one which made drama for ITV to one which makes programmes in all the genres for all the broadcasters. It produced a wide range of programmes including Catchphrase (ITV), Antiques Road Trip (BBC1), Safeword (ITV2 and MTV USA), And They’re Off (BBC1), Ross Kemp Inside Barlinnie (ITV) and drama The Victim (BBC). Before STV, Alan was Creative Director at the independent television production company IWC Media and before that was founder and MD of WarkClements Productions, where he grew the business from start up to £10m+ turnover. He has excellent links within the UK and international media industry and with business and policy makers across Scotland and the UK. Alan was formerly a freelance journalist and political researcher and journalist at BBC Scotland. He is an Honorary Professor of Politics and Media at the University of Glasgow, sits on the Board of the Edinburgh TV Festival and is the author of two books including the novel Rogue Nation, published in 2008. He was awarded an Honorary Doctorate from Edinburgh Napier University in 2014 for services to Journalism and Television.