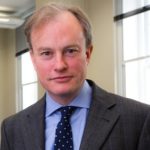 He is part of the leadership of the GCS and leads on international, security and Union communication issues He was GCS Head of Profession, responsible for government communication strategy, managing the combined Prime Minister’s Office and Cabinet Office communications team until 2021.

Between 2000 and 2012 he was Director of Communications and Strategy for Westminster City Council, leading the policy, member services and communications teams. He was part of the group that oversaw the implementation of the Tri-Borough Shared Services programme and established the Westco communications consultancy which works for public and private sector clients around the UK.

Before joining Westminster he worked in Parliament and for Conservative Central Office, leading the party’s Campaigns Unit and the Press Office. He has trained and advised politicians and officials in countries and states around the world in the practice of government and communications.

Alex was educated at the London School of Economics and Dame Alice Owen’s School.

He lives in Pimlico, London with his family. In his spare time, he is Chairman of an amateur football club, Westminster Wanderers FC and is Secretary of St Peter’s Cricket Club. He is also a trustee of the RUSA charity.