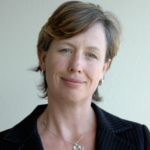 Alison is an award winning correspondent for BBC national news, producing reports mainly for the Six and Ten O’clock television news and for the BBC’s flagship current affairs programme, Panorama. In 2015 she was named Royal Television Society Specialist Journalist of the Year and was awarded the Orwell Prize for Exposing Britain’s Social Evils. This was for her work exposing failures in the care of older people. She has also won awards for her reports on the Baby P child abuse case, human trafficking and the mental health issues facing young people. The reports have led to national debates and helped bring about changes in policies and the law. Alison was educated at state schools in Hampshire and read English at the University of Sussex. She also did a postgraduate journalism diploma at University College, Cardiff.