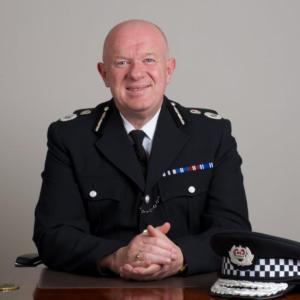 I joined Merseyside Police in 1985 having obtained an Honours Degree in Politics from Nottingham University and have served as a Detective at every rank.

I spent four years in Lancashire Constabulary as Assistant Chief Constable, returning to Merseyside in 2012.

In July 2016, I was appointed Chief Constable of Merseyside Police. In 2017 I became National Police Chiefs’ Council Head of Serious & Organised Crime and in June 2019 I took over as national lead for Crime Operations.

I have been commended on ten occasions and in 2014 I was awarded the Queen’s Police Medal.

I am married with twin daughters. I am a Liverpool supporter and a regular attendee at St Helens RLFC and I am Chair of the British Police Rugby League Association.