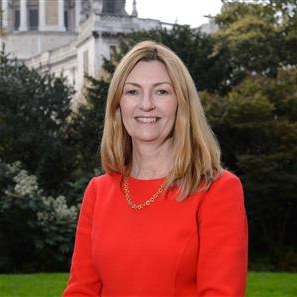 Anne joined Fidelity International as CEO in December 2018 from M&G Investments where she was CEO and a director of its parent company Prudential plc. She has worked in the asset management industry since 1992. Anne has two decades of experience as an analyst, portfolio manager and CIO and is a strong proponent of ESG investing. Her career path spans many blue chip global names in the financial sector including Alliance Capital, JP Morgan, Merrill Lynch Investment Managers and Aberdeen Asset Management.
Anne is a Chartered Engineer and began her career as a research fellow at CERN, the European Organisation for Nuclear Research. She chairs the UK Financial Conduct Authority’s Practitioner Panel and is also a member of the US-based Board of Leaders of 2020 Women on Boards, which works to increase the proportion of women on corporate boards.
Anne was publicly recognised in the UK for her services to the voluntary sector and to the Financial Services industry by being appointed a Commander of the Royal Victorian Order (CVO) in 2014 and a Commander of the Order of the British Empire (CBE) in 2015.
Anne holds an MBA from INSEAD and a BSc (Hons) from the University of Edinburgh.