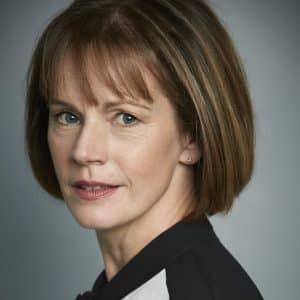 Deborah Bull is Vice President, Communities & National Engagement and the Senior Advisory Fellow for Culture at King’s College London. She also sits as a Crossbench Peer in the House of Lords.

As Vice President, Communities & National Engagement, she provides leadership for the university’s London strategy as well as for national engagement. Vision 2029 sets out King’s intention to be ‘a civic university at the heart of London’ and our strategy sets out shared ambitions to draw London into King’s and King’s into London, maximising the potential of the university’s location in the capital to create new opportunities for staff, students and alumni while meeting the needs of London and Londoners.

In her role as Senior Advisory Fellow for Culture, Deborah provides high level leadership for the university’s cultural strategy, supporting King’s research, education and service ambitions through mutually beneficial partnerships with artists and cultural organisations in London and beyond, strengthening an inclusive cultural community at King’s and enhancing the university’s position as a global leader in engagement between higher education and culture.

Deborah joined King’s College London in 2012 following a long and successful career in the arts, first as performer and then as creative leader and cultural commentator. She danced with The Royal Ballet for twenty years before joining the Royal Opera House Executive to devise and implement strategies for developing new art, new artists and new audiences, including its innovative ROH2 programme. She became Creative Director in 2008, taking executive responsibility for ROH Collections and leading on the organisation’s Olympic programming as well as its live relays to Big Screens nationwide.

Deborah writes and presents a wide range of work for television and radio, is the author of four books, and regularly writes and speaks across the media on issues relevant to her work at King’s. She was nominated for a life peerage in June 2018 and joined the House of Lords as Baroness Bull in July 2018. Deborah has served on the Boards of South Bank Centre, Arts Council England, as a Governor of the BBC, as a judge for the 2010 Booker Prize and was a member of the governing body of the Arts and Humanities Research Council. She has received honorary doctorates from Derby University, Sheffield Hallam University, the Open University, Kent University and Lincoln University and was awarded a CBE for her contribution to the arts in 1998.