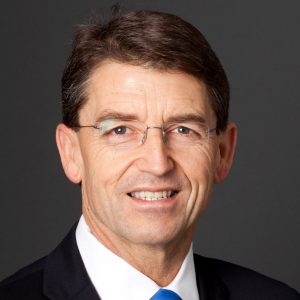 Prior to this he was the Chief Financial Officer and held several senior financial and commercial roles within BP, including Deputy CFO, member of the Board of TNK-BP (a BP Joint venture), Chief Executive of integrated supply & trading (BP’s commodity trading arm) and CFO and Commercial Director of downstream. In addition to his current role as CFO, Brian is responsible for commodity trading and shipping at BP.

Brian brings considerable sector experience to the role having spent time in the earlier part of his career in BP’s Upstream and Downstream divisions in the UK, USA and Europe.

Brian is also a non-executive director of Air Liquide S.A, the Royal Navy and the Francis Crick Institute; Chairman of the 100 Group of Finance Directors; a member of the Trilateral Commission, and the Worshipful Company of Tallow Chandlers; and was made a Freeman of the City of London in 2017. Brian was also a member of the UK Treasury Financial Management Review Board from 2014 to 2017 and served on HRH Prince of Wales’ Business in the Community Rural Action Leadership Team and the International Employee Engagement Campaign from 2007 to 2009.

Brian holds a PhD in Mathematics from the University of Manchester where he is an Honorary visiting Professor, and an Honorary Doctor of Science from the University of Sheffield. He is also a Fellow of the Energy Institute. Brian is married with two children and having took up Triathlons in 2014, he gained international status in 2015 and has represented Great Britain at the last 4 Age Group World Championships.

Brian joined BP in 1986 and has worked across all of the parts of the company with a substantial period of time in the commodity trading division including heading up the New York Office in 1997-98. He moved to Chicago in 1999 to run the Amoco Natural Gas liquids business in Canada and the USA. He went on to be Chief of Staff of Downstream in 2000 and the Head of Strategy in 2001, leading the $5bn acquisition of Veba Oil. Brian has served as a member of two of BP’s 3 executive committees, Downstream (2002-05) and Gas, Renewables, Supply & Trading (2005-06). Prior to being appointed CFO in 2012 he was the Chief Executive of Integrated Supply & Trading (2005-09) and Deputy CFO (2010-11). In 2012 Brian led the negotiations with the Russian Oligarch partners for the sale of BP’s share of TNK-BP to Rosneft leading to the subsequent acquisition of a 20% stake in Rosneft. In 2015, he led the negotiations with the US Government and the 5 US Gulf states to resolve all of the outstanding legal issues associated with the 2010 Deepwater Horizon incident in the Gulf of Mexico.