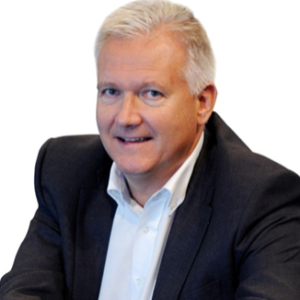 Brian was Chairman of ASOS from 2012 to 2018, having seen it grow from £450m annual sales to £2250m. He was CEO of Amazon.co.uk from 2006 to 2011 having led it through its high growth period. He began his career with Xerox and subsequently worked in Senior roles at IBM, Dell Computers and as Managing Director of T-Mobile (UK). He has been a Non Executive Director of Celtic Football Club PLC, SThree PLC, Computacenter PLC and AO.com, and has served as a Non Executive Director on the Board of the BBC, as a member of the UK Government’s Digital Advisory Board, and the UK Advisory Board of Huawei.Born in Glasgow, Brian grew-up as one of eight children in a Council house along with his teacher father and his mother, who worked as a nurse. He attended the local state school before graduating from Glasgow University with a degree in Economic History and Politics. Brian first entered the world of business selling photocopiers for Xerox in Glasgow, before then joining IBM, where he worked here and in the USA for them. He was hired by Michael Dell to run Dell’s operations in UK and Northern Europe. Brian continued to build his career in the digital and tech industries, first as the Managing Director for T-Mobile where he launched 3G in the UK before then moving to Amazon as UK CEO where he was responsible for building-up its UK operations. Since leaving Amazon, Brian has undertaken numerous portfolio roles, including as Chair of ASOS and most recently Trainline PLC, as well as being on the Board of the BBC, Abrdn PLC (the former Standard Life Aberdeen) and is currently the Lead NED on the Board of the Ministry of Defence. Brian has also been heavily involved with the private equity and investment world as Senior Adviser to Lazard’s Global Financial Advisory business and Senior Adviser with the Scottish Equity Partners, making him a leading voice on the challenges of small companies raising capital.

Brian was elected President by members of the CBI during the AGM on 28 June 2022.