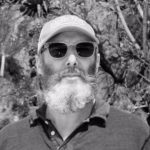 I’m a film maker that unusually works across documentary, drama and film. I take most of my inspiration from real life. I started with a stills camera and ended up a director.
I’ve been making films for over 20 years, been lucky enough to get a few awards like BAFTA, EMMY, RTS and GRIERSON and also have worked with some amazing talent such as Kenneth Brannagh, John Boyega, Juliet Stevenson, Toby Jones, Suranne Jones, Adheel Aktar and many brilliant newcomers having worked with lots of young people.
I recently completed my passion project Leave to Remain which is a social action film drama about teenage refugees finding there way in London which mixed professional actors with young refugees that we trained to act in the film www.leave2remainthefilm.org