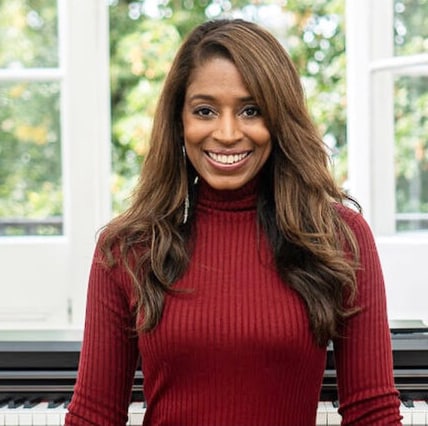 Often referred to as “The UK’s Vocal Whiz”, CeCe Sammy-Lightfoot has been a leading vocal and performance coach for some of the biggest names in music. She’s also known for her TV appearances and behind the scenes contributions as vocal coach, judge, advisor, talent scout and trouble-shooter on various music and entertainment shows such as: “Pop Idol”, “America’s Got Talent”, “American Idol”, “X Factor: Battle of the Stars”, “S Club Search”, BBC’s “Just The Two of Us”, “The Voice UK”, “Xtra Factor”, Endemol’s “Your Face Sounds Familiar Georgia”, E! Entertainment, ITV series “Get Your Act Together”, VH1’s “Make or Break: The Linda Perry Project” and much more. In 2016, CeCe was chosen to be the Chairperson of the UK Jury of Eurovision (the longest-running annual international TV song competition and one of the most watched non-sporting events in the world).