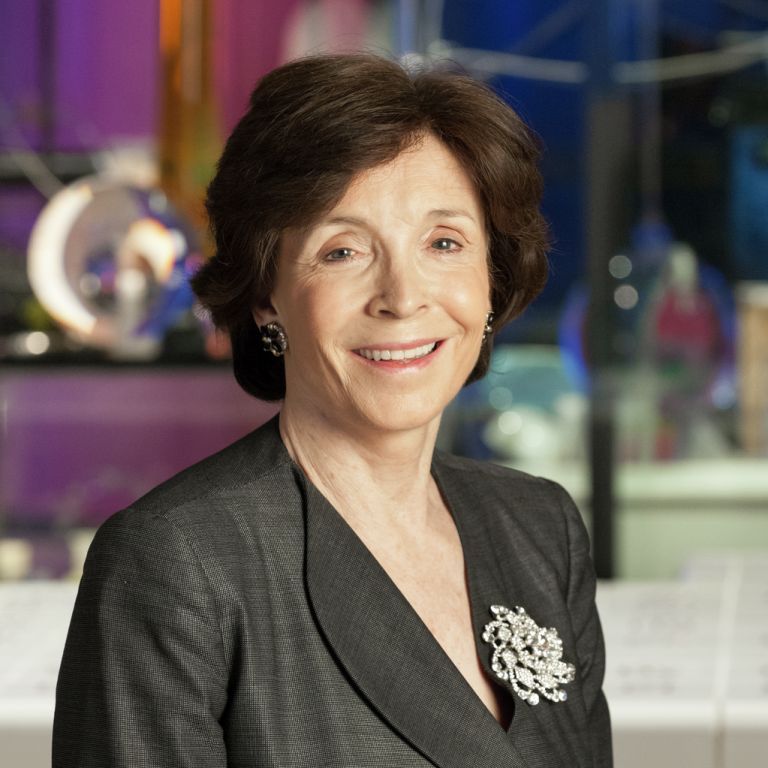 Dame Mary read chemistry at St Anne’s College, Oxford, and went on to do her PhD at Imperial College, London, followed by post-doctoral fellowships at Oxford and The Royal Institution, London, where she developed her longstanding research interest in physico-chemical aspects of solar energy conversion. She then taught chemistry for ten years for Newnham and Trinity College, Cambridge. Leaving full-time teaching in 1986, she developed a diverse portfolio career which included membership of the Council of Lloyd’s of London and the board of Anglia Television and serving as the Visitor of the University of Hertfordshire. She was chairman of Cambridge University Hospitals NHS Foundation Trust from 2002 to 2012, during which time she became interested in the science and technology underlying the delivery of modern healthcare and the methods by which patients can be encouraged to take an active and informed role in their healthcare.

Dame Mary founded the National Energy Foundation and has served as chairman, president and now patron. She also co-founded the UK section of the International Solar Energy Society, of which she is now patron. She is currently president of the Guild of Church Musicians and Addenbrooke’s Abroad. She is also non-executive director of the Britten Sinfonia and Hydrodec Group plc. She is a Companion of the Energy Institute and was awarded the Institute’s Melchett Medal in 2002. In 2007, she was awarded the Eva Philbin Award of the Institute of Chemistry of Ireland, and in 2012 she was appointed DBE for services to the NHS.

Dame Mary served as a Trustee of the Science Museum Group (then known as the NMSI), 1990–2000, and became Chair in January 2015. She was recently reappointed for a second 4-year term in the role.

She is the author of Rupert Brooke and The Old Vicarage, Grantchester (1989) and The Story of the Old Vicarage, Grantchester (2012), and co-editor of Clean Electricity from Photovoltaics (2001), Molecular to Global Photosynthesis (2004), The 1702 Chair of Chemistry at Cambridge (2005) and Nanostructured and Photoelectrochemical Systems for Solar Photon Conversion (2008).