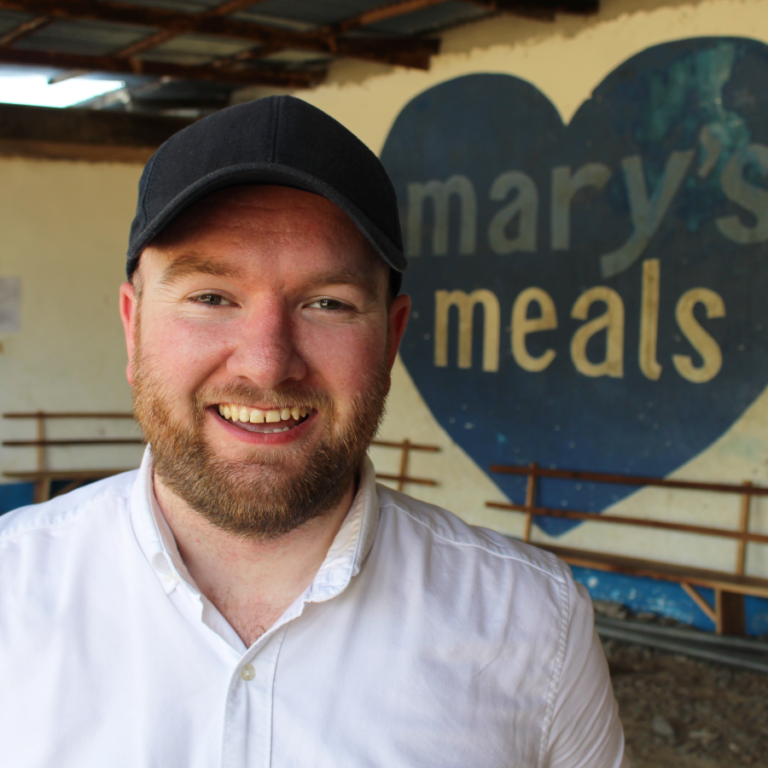 Daniel, from Dundee, began his career as a journalist with publisher DC Thomson & Co. Ltd., writing for a range of magazines, newspapers, comics and books. During his eight years working in journalism (both with DC Thomson and as a freelancer), Daniel had the opportunity to interview and write about a number of high-profile public figures, politicians and celebrities – but one conversation in particular ended up completely altering his career path. Following his inspiring interview with Magnus MacFarlane-Barrow – the founder and chief executive of Mary’s Meals, who had just been awarded an OBE in the 2011 New Year’s honours list – Daniel felt compelled to leave journalism behind and join Magnus in his mission. Having initially served as press officer for the organisation, Daniel later worked as Head of UK and Ireland Fundraising, then Global Director of Communications, before assuming his current position as Executive Director of Mary’s Meals UK. Daniel, 32, says: “Having seen the work of Mary’s Meals first-hand in Malawi and Liberia, I know that this mission of ours is truly life-changing. It brings together people from all walks of life – from those who raise awareness and funds around the world to those who deliver and eat our daily school meals – in a shared work of great love, joy, hope and transformation. And it changed my life too. Being called to serve this mission and play my own small part in this global movement is a huge blessing and beautiful gift.”