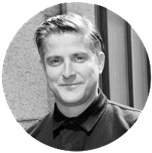 Danny has been lucky enough to be Creative Director at some great agencies, including TBWA and Mother.

He’s bagged lots of awards at British Arrows, Cannes, The One Show, Creative Circle and D&AD. His Hovis commercial “Go on lad” was voted “Ad of the Decade” by ITV viewers in 2010.