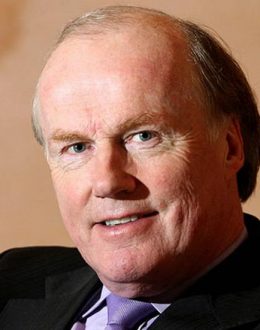 “David Davies OBE (born 1948) has worked at the top level of Sport and Media Communications for a generation. As a BBC Television Correspondent/Presenter for more than twenty years, uniquely he reported on General Elections and World Cups. He was the lead Presenter of “Midlands Today” for 5 years. As Executive Director of The Football Association, he worked beside four England managers and then players like Gareth Southgate, Steven Gerrard and Gary Neville over another  thirteen often turbulent years. Since 2006   he has been employed at senior levels in industry as well as sport in the Middle east, North America and Africa. He was a founder member of football’s anti racism “Kick It Out” campaign, and now is a passionate supporter of banning racist and abusive online messages. Amongst the many countries he has visited are Afghanistan , Russia and Ukraine. David Davies, on behalf of football, was one of a small group of sports leaders who launched London’s successful bid for the 2012 Olympic and Paralympic Games”. In 2006, he was awarded an OBE for his services to sport “.