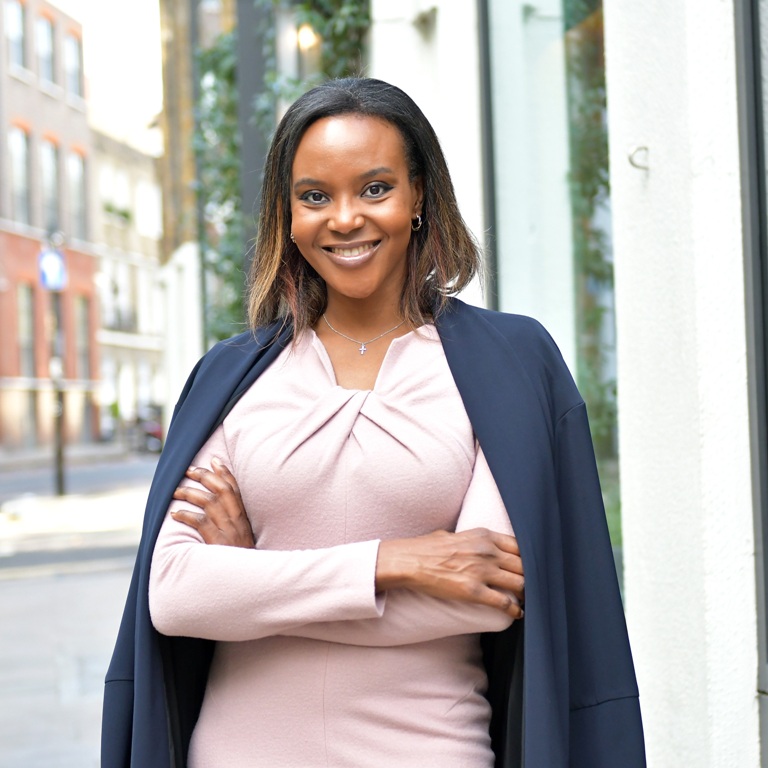 Funke is a multi-award-winning Solicitor, Business Leader and Diversity Campaigner with 18 years’ comprehensive achievements within niche ventures, regional and national businesses and global, multinational organisations.
She has been recognised for her inspiring and impactful leadership in both full time & voluntary C-suite roles and has proven success in stakeholder engagement (including working closely with UK Central government). She is ranked by the Financial Times as being a top 15 minority ethnic leader across the UK, US, Ireland & Canada (Financial Times), one of the top 100 leaders of African/Afro-Caribbean heritage (Powerful Media’s 2017 & 2018 Powerlists) and listed as being the most influential black lawyer in Britain (Debretts 500 List for 2017).

Funke provides regular media commentary on a range of topics including business and diversity and features regularly across a number of the BBC’s TV and radio channels. In addition, she holds several board memberships.
She founded the Akindolie Medical Scholarship in April 2016 in memory of her late father, Dr. Frank Olufemi Akindolie. This is a privately funded bursary and leadership mentoring initiative aimed at supporting future doctors from a minority ethnic background.

UK Prime Minister Theresa May awarded her ‘Point of Light’ status in 2016, recognising the positive impact of her voluntary diversity leadership outside her day job.

In June 2017, Funke was awarded the M.B.E. (Member of the Order of the British Empire) by HRH Queen Elizabeth II for services to diversity in the legal profession and to young people.
She received an honorary doctor of laws from the University of Hertfordshire in September 2019, recognising her contributions to corporate and social diversity.

Funke is the proud mother of a teenaged son.