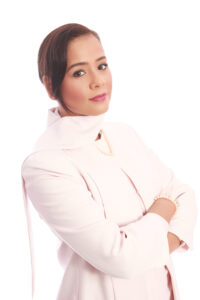 Multi-award winning Dr Miranda K. Brawn is hailed as a trailblazing thought leader where her portfolio career started in the Square Mile (London’s equivalent to Wall Street) as an investment banker working for the top global investment banks like JP Morgan and Goldman Sachs as one of the first women of colour on London’s trading floor. Thereafter, she became a hedge fund sales trader followed by being called to the bar of England and Wales at the Honourable Society of Lincoln’s Inn to become a barrister which led to her work as a senior banking lawyer. For over 10 years, Miranda has served on various boards as a board director, advisor and trustee for organisations within the private, public and non-profit sectors. During 2020/21, this has also included financial, legal and STEAM organisations including being one of the first women of colour in the corporate boardroom for a FTSE250 equivalent global engineering company focused on electric vehicles.

Miranda is also an international public speaker where she has provided talks across the UK and the rest of world including her TEDx talk in Italy, UK Parliament, global investment banks, law firms and some of the best universities in the world such as Cambridge, Harvard and Oxford where she helps to inspire, educate and empower some of the best brains of our next generation. As a top educator, she guest lectures bringing the realities of the workplace, her unconventional career journey, success tips and much more into schools, colleges and universities including during her annual The Miranda Brawn Diversity Leadership Annual Lecture. Her professional experience combined with her exuberant personality makes her a sought-after public speaker of the highest calibre. Additionally, she is a media contributor for television, radio, online and print platforms on the BBC, ITV, Sky, London Live, Bloomberg, Yahoo Finance, CNBC, CNN and Financial Times to name but a few.

As a social entrepreneur and philanthropist, Miranda launched the history making and multi-award winning UK registered Charity “The Miranda Brawn Diversity Leadership Foundation” (www.tmbdlf.com) in January 2016 where today she is the Founder, President and CEO helping our next generation of young student leaders. This is for our future leaders to succeed with their educational and career goals while eliminating the diversity, equity and inclusions gaps in and out of the workplace. The Charity made UK history by launching innovative leading scholarships which has inspired many others to follow and for the UK’s first diversity lecture aimed at schoolchildren and above. She has been named as one of the UK’s leading diversity experts and in 2015 was seen as the go-to person and voice for race diversity in the City of London when many feared discussing the “elephant in the room”.

Regarded by the Financial Times, Forbes, Yahoo Finance and Financial News as one of the most influential women in finance, Miranda is passionate about shaping the future of business with a focus on governance, diversity, equity, inclusion, empowerment and sustainability. She has been nationally and internationally recognised as an exceptional dynamic and inspirational leader having accepted numerous awards over the years including global influential powerlists, honorary doctorate degrees from the University of Brighton and the University of Law, “Points of Light” award from the former UK Prime Minister and “Woman of the Year” at the Women in Finance awards. Her first published book is due out in 2022.

Further information can be found on Dr Miranda K. Brawn’s Linktree https://linktr.ee/mirandakbrawn where you can also follow her on social media.