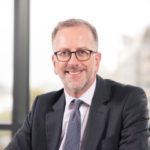 Ed Warner was appointed Chair of the Palace for Life Foundation, the official charity of Crystal Palace Football Club, in 2017. Palace for Life is committed to improving the lives of young people in South London through a variety of initiatives, many of them harnessing the power of the football club’s brand. Previously, Ed was Chair of UK Athletics, the sport’s national governing body, for over a decade. He was Chair of the successful London campaign to host the 2017 IAAF World Athletics Championships, and subsequently led the staging of these Championships and of the World Para Athletics Championships in London’s Olympic Stadium in the same summer. He remains Chair of World Para Athletics on behalf of the International Paralympic Committee, and was awarded the OBE for services to British athletics in the Queen’s Jubilee Birthday Honours List.

Ed is a City financier and is currently chairman of accountants Grant Thornton UK, and of derivatives exchange LMAX. He is a non-executive director of Clarksons, the world’s leading shipbroker. Previously, he was a leading investment strategist and held senior management positions in a number of investment banks and financial businesses.

He is a keen club runner and has completed over 15 marathons and races at all distances from 5k up to 100 miles.