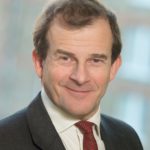 Edward became Vice Chairman of Jupiter Fund Management plc in March 2014, having been Chief Executive Officer of the Company since June 2007. During his time as CEO, Edward steered the Company through an MBO in 2007 and its successful IPO in June 2010.

Edward is Senior Independent Director at both Land Securities Group plc and ITV plc. He is a Trustee of the Esmée Fairbairn Foundation and sits on its Investment Committee. Edward is a director of The Investor Forum CIC, a Non-Executive Director of Netwealth Investments Ltd and sits on the Strategic Advisory Board of Livingbridge LLP.

Edward has a degree in Economics and Politics from Manchester University. He started his career at Schroders (1982-1986) and spent eight years at Electra Investment Trust before joining Jupiter. He has over 35 years’ experience in the investment market and has extensive knowledge of the fund management business.