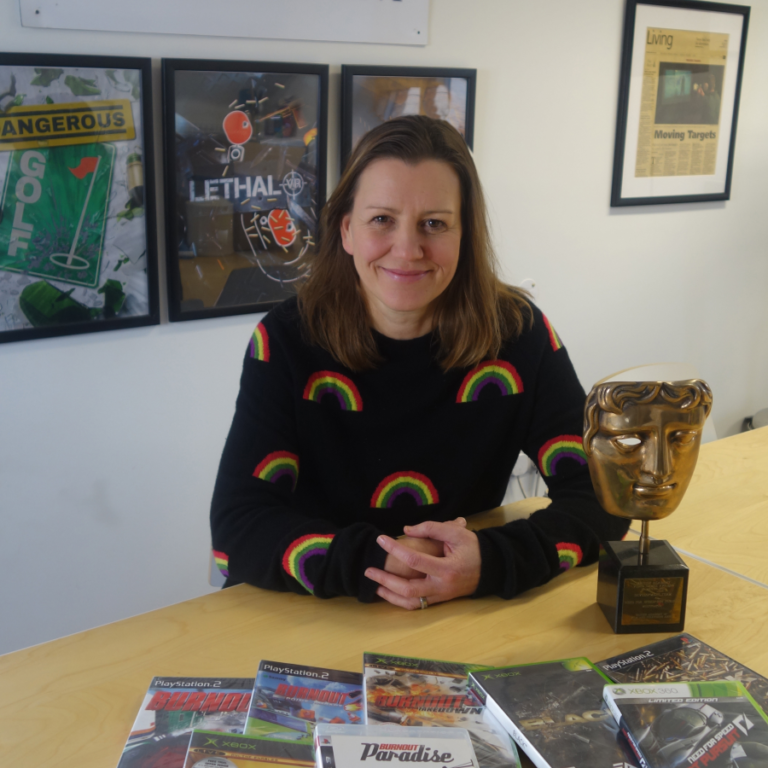 Fiona is Co-founder and CEO of Three Fields Entertainment, an independent British videogame creator, formed in 2014 and based in Petersfield, Hampshire. Prior to forming Three Fields, Fiona spent 14 years as Studio Director at the world renowned Criterion Games where she co created and led the development of multiple hit games including the entire ‘Burnout’ series, ‘Black’ and ‘Need for Speed Hot Pursuit’. Her games have won numerous awards, including four BAFTAs.
Fiona’s role is a fascinating blend of creativity, design, experimentation, invention and teamwork with the power to entertain millions.

Fiona is married and has a seven year old daughter and two black Labradors.