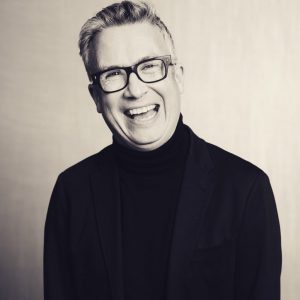 Iain is an expert in integrated communications, global political risk and public policy.

He has over 25 years experience in communications, initially as a business journalist and then as a founding shareholder at Incisive Media. He has also worked for a range of politicians, including Rt Hon Kenneth Clarke MP on his leadership bids.

Iain is co-founder and Executive Chairman at Cicero Group and focuses on public policy and corporate communications strategy supporting many global FTSE and Fortune 500 blue chip organisations. He provides CEO and Board level counsel.

He is a Non Executive Director of Innovate Finance – the member body for the global fintech sector. He is one of the Financial Times / OUTstanding Global 100 Executives. Iain is immensely proud to be a Stonewall Ambassador and a Trustee of international LGBT charity GiveOUT.

He regularly contributes to national and international print and broadcast media including Sky News and BBC. He is also contributing Political Editor of Square Mile.

Iain is a former Chairman of the Association of Professional Political Consultants and the CIPR Public Affairs group.

He is a Fellow of both the CIPR and the PRCA.

He was ranked in the top quartile of the Total Politics Top 100 Lobbyists and appears in the PR Week Power Book. CityAM also includes him in the list of “The City’s most influential financial PRs” voted by broadcast and national business editors. He features in the Square Mile “Power 100” list.

He is a tennis geek, an Arsenal season ticket holder and an opera nut.