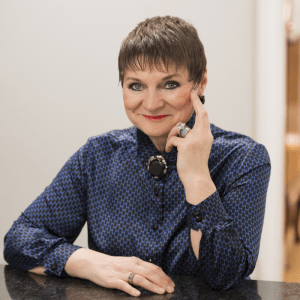 Guest Director, BolognaBookPlus, Jacks Thomas is an international books and culture specialist with over twenty five years’ experience. Thomas stepped down from The London Book Fair which she led as Director from 2013 to 2020, having worked in the arts and corporate sectors throughout her career. At The London Book Fair, one of the world’s leading publishing events, spanning books, audio, TV, film, gaming, academic publishing, technology and beyond, Thomas drove the ongoing development of the Fair, with recent growth including the launch of London Book and Screen Week in 2015.

Thomas began her career at the BBC before moving into publishing and has held roles at Simon & Schuster, Victor Gollancz, Michael Joseph and HarperCollins. Prior to joining The London Book Fair, Thomas was a partner at Midas Public Relations, heading up the corporate division for eight years. Thomas was previously Director of Communications, Europe for Reader’s Digest, where she was responsible for re-launching the brand in the US and ran communications across 15 countries.

Thomas is an active member of various committees, charities and publishing bodies, including the Association for Publishing Education (APE), and she co-founded the Chiswick Book Festival in her own time in 2010. She is a regular speaker about publishing at leading universities, a school governor and an Honorary Research Fellow at UCL.