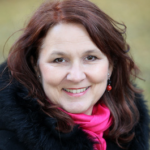 Jane Streeton studied at the Royal College of Music, and in addition to her career as a soloist in opera and classical music, she has headed up the Singing Team at the Royal Academy of Dramatic Art for several years.
In opera, her roles ranged from Mozart to Wagner and she has performed with major companies across the UK and internationally.
Jane has worked as vocal coach in film, tv, the West End, the Royal Shakespeare Company, the Royal National Theatre and Shakespeare’s Globe. She regularly works as a singing tutor and vocal coach for British Youth Music Theatre.
Jane has also given many masterclasses to both classical singers and actors, notably in Rome, Moscow, Sydney, Washington DC as well as at the Juilliard School in New York.