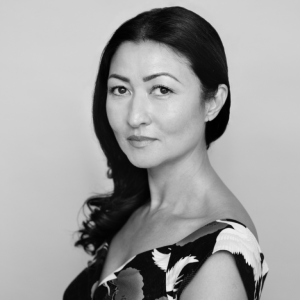 Jani Guest is Co-Founder and Managing Director of Independent Films. The award winning production company is responsible for some of the highest profile advertising films of the last decade, earning a BAFTA for the short film, Room8, directed by James W. Griffiths, and a Grand Prix at Cannes for Alejandro González Iñárritu’s World Cup Nike campaign film, Write the Future.

Jani started her career as a director’s agent in 1995 for Propaganda and Satellite Films, where she evolved into an Executive Producer, representing a director’s roster in the UK and Europe that included Spike Jonze, Mark Romanek, and David Fincher.
In 2001, Jani infused her passion for nurturing upcoming and established directors into the newly launched Independent Films. Independent developed a different model for business, embracing an international approach that attracts some of the biggest industry names to its roster.

In 2013, Independent Films founded Indy8, its content division dedicated to producing online and brand-funded content. From beautiful reality to sharp comedy, the Indy8 mission is to produce unexpected films that provoke, engage and entertain audiences.

A passion project, Kidspiration, emerged in 2016 as a new media brand created for kids between 8 and 12 years old. The channel’s content seeks to empower, engage, and inform young people through online shows that introduce kids from all walks of life to the people and ideas changing our world. Kidspiration allows kids to feel proud and enthusiastic about being smart and informed!

Developing along this vein, the company has now received a government grand to pilot career focused content for primary school children. LOUD, Live Out Ur Dreams, is currently in production and will be rolled out to 35 primary schools across the country in January 2020, with the goal of that reach expanding to all primary schools in the UK in September 2020.

In April 2019, Jani was nominated to co-Chair The British Arrows, the UK’s most recognised industry awards event. Nominated by its board members to oversee the event, it is considered by many to be the Oscars for the advertising industry in the UK.

Jani works to foster a culture of community within everything she does and is continually inspired by her incredibly talented directors and colleagues.