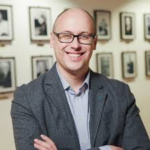 Jon is the Director of the National Film and Television School. Prior to that he was the Deputy Director & Director of Curriculum & Registrar from 2012 -2017. Jon is the author of a number of papers and book chapters on film and media education as well as co-editor of the book ‘Current Perspectives in Media Education’. He is on the executive of the Media Education Association and Nahemi, is a Fellow of the Higher Education Academy, a member of BAFTA and an advisor on education to the Royal Television Society. He has a BA (Hons) in Television Production from Bournemouth University, an MBA from the University of Southampton and a Doctorate of Education from the University of Bristol.