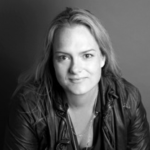 Kate Buckley daughter of the Bafta winning casting director Mary Selway, started out as one of the first female Maitre d’hotels at London’s famous Le Caprice restaurant and then went on to become Senior Maitre d’hotel at theatreland’s J.Sheekey restaurant. In 2000 she joined the leading UK agency for representing Actors, Writers and Directors – Independent (then ICM) and is today one of London’s foremost Talent Agents.

Kate formed 42 Management and Production company in 2013 which she runs with four partners; producers Rory Aitken and Ben Pugh and managers Cathy King and Josh Varney. Together they make film and television both here and in America with offices in London and Los Angeles and have a first look deal with Netflix on the film side.