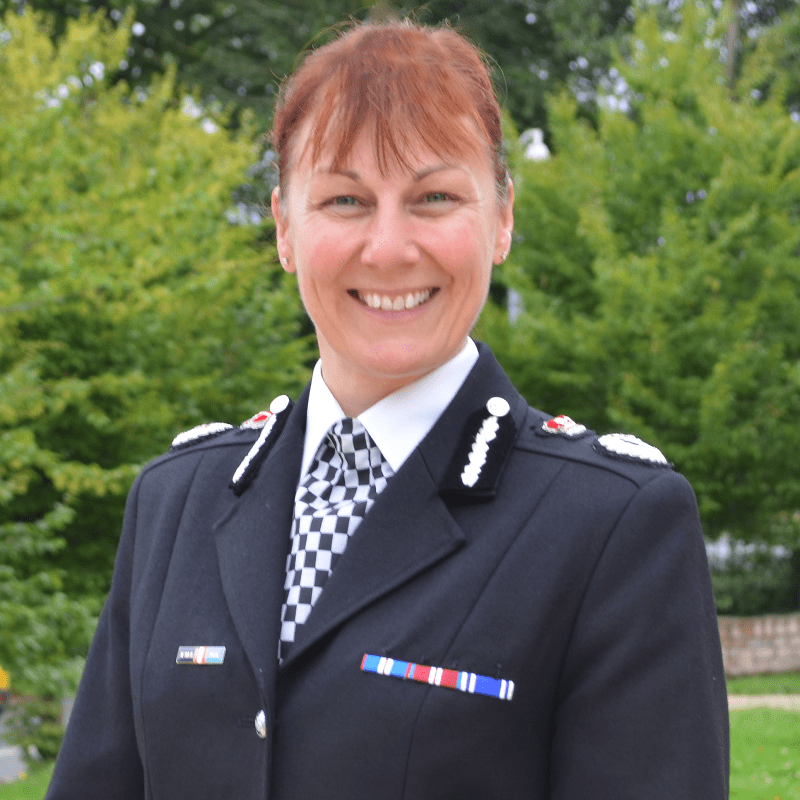 Lisa started her police career in North Yorkshire Police in 1993 as a Special Constable in York having completed a Bachelor of Science degree in Psychology at the University of York. She joined Humberside Police as a regular officer in 1994 and has worked in a number of posts, both community and detective roles through to the rank of Inspector in the challenging social demography of Grimsby and Hull.
Having joined the High Potential Development Scheme in 2003, she ventured into roles such as professional standards, and communications and planning where she authored the policing plan on behalf of the Police Authority and the Force.  As a Chief Inspector in the business change team, Lisa led on a force wide workforce modernisation programme.
In 2008, she transferred to North Yorkshire Police and worked within the York and Selby Command senior management team as Chief Inspector Operations. She remained at York on promotion to Superintendent Operations and went on to be the Commander for the City between 2009 and 2013. During this time she also attended the FBI National Academy Leadership course in Quantico for 11 weeks. The course involved completion of a number of assessed Masters level modules on leadership, international policing, intelligence led policing and child victims and perpetrators. More recently Lisa has undertaken roles at force level as the Executive Officer to the Chief Constable, Head of Uniformed Operations and Head of Major Crime, Specialist Operations, Criminal Justice and Force Intelligence alongside supporting the change programme linked to affordability and collaboration.
In 2016, Lisa completed the Strategic Command Course to become a chief officer and in May that year she became Assistant Chief Constable with responsibility for local policing until February 2017 when she was promoted to Deputy Chief Constable.
In August 2018, Lisa was appointed as Chief Constable for North Yorkshire Police.
Lisa is married to David, a retired police officer, and enjoys socialising, skiing, gardening and long country walks.