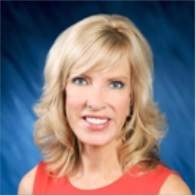 Marcia Zander is a Silicon Valley technology senior executive and board member. Her focus is on creating value for companies through growth and scale, with a particular emphasis on Sales and Marketing for margin improvement.

She was a core member of the team that created the semiconductor company NetLogic in 1999, taking it from zero sales in 1999 to an IPO in 2004. Marcia led the company’s rapid growth with global reach. In 2012, the company was sold to Broadcom for $3.7 billion.

Marcia was invited to join the NetLogic/Broadcom integration team; being appointed the Vice-President of Broadcom EMEA Sales. In 2015, Broadcom was purchased by Avago for $37 billion, in what Bloomberg described as: “the biggest technology acquisition ever.”

Marcia is an American national, currently residing in London. Through her company, Augmenta One, Marcia advises founders, boards and management of established companies and start-ups. Marcia’s activities span a full set of issues across the technology, digital, consumer and fashion sectors. Marcia acts as a mentor for young entrepreneurs and executives; with an emphasis on supporting female founders and professionals. She is also a public speaker, addressing corporate audiences and decision-makers about the challenges many companies need to manage, regardless of stage.