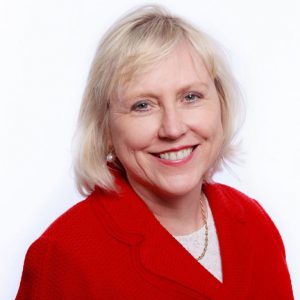 She is currently a Member of the Board of Directors of the Toronto-based CPP (Canada Pension Plan) Investment Board (which oversees the investment of the $356bn pension fund of 20 million Canadians) and is also a Non-Executive Director of Morgan Stanley International. Since 2010, she has held several non-executive board roles in major companies in the banking, insurance, building society, consumer finance and charity sectors, including Friends Life Group plc, Nottingham Building Society and Lloyd’s of London insurer Novae Group plc.

Her first job was part-time waitressing at age 13, and she subsequently achieved a BSc Hons in Hotel & Catering Management at the University of Surrey. Following her interests, she went on to train and qualify as a Chartered Accountant in London.

Recruited to the Sydney office of a global firm of Chartered Accountants, she stayed for over 20 years in Australia, moving into increasingly senior business and risk management roles in leading banks including ANZ, National Australia Bank and the Commonwealth Bank of Australia. Other senior executive roles have been at Standard Chartered Bank and six months as interim Group Chief Risk Officer for Allied Irish Banks in Dublin during an intensive period of crisis in the Irish banking sector.

She lives in London and has two Australian sons.