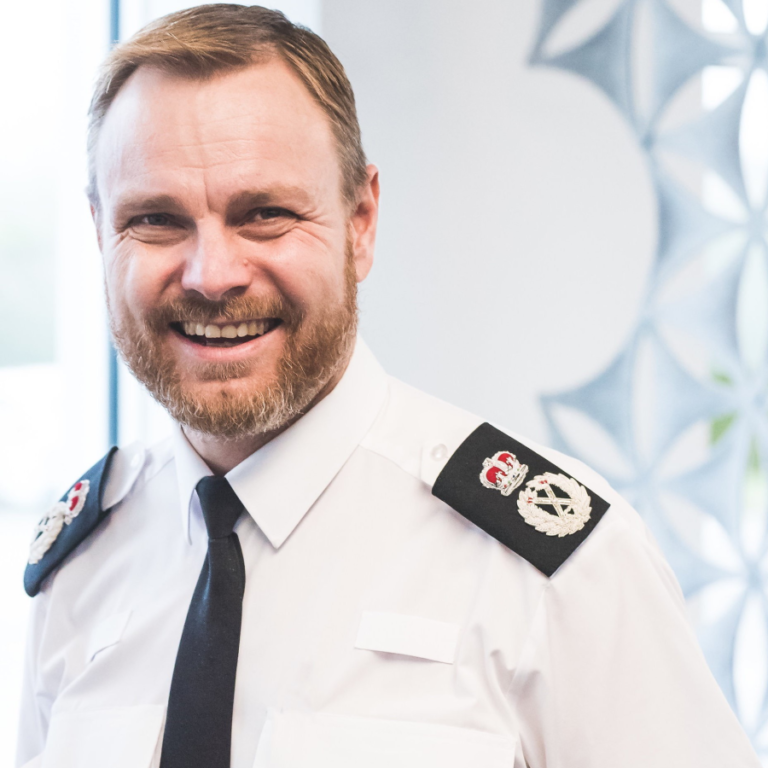 Matt Jukes was appointed Chief Constable of South Wales Police in January 2018.
Matt joined South Yorkshire Police in 1995 as a police constable on the streets of Sheffield, soon after being commended for his tenacity and courage in the arrest of a suspect following a post office robbery.

Between 1997 and 2006, Matt went on to work in a number of roles, principally as a detective. In his early CID career he was involved in operations to tackle violent drugs gangs and later specialised in counter terrorism.

He worked for the forerunner of the National Counter Terrorism Policing network and represented United Kingdom policing at G8 meetings in the United States in 2004. Matt remains involved strategically in counter terrorism and has had a leading role in a number of high profile operations across England and Wales.

In 2006 Matt returned to local policing as a divisional Chief Superintendent in the former coalfields and industrial areas of South Yorkshire.

He joined South Wales Police as an Assistant Chief Constable in 2010. He led the latest phase of the force’s response to several miscarriage of justice cases from the 1980s and 90s, including the infamous ‘Cardiff 3’ case. As well as overseeing electoral fraud investigations in the National Assembly, he had command of regional organised crime and counter terrorism units.

Matt was appointed Deputy Chief Constable (DCC) in August 2013. As DCC he had the task of leading a change programme to equip the force to manage a £50 million reduction in funding, at the same time as responding to huge operational challenges including the 2014 NATO Summit, 2015 Rugby World Cup and 2017 UEFA Champions League Final. After this period of change, the force has remained focused on local policing and a rigorous programme of back-office reform has supported one of the smallest front-line reductions in the UK with South Wales Police was recently assessed as the most visible force in England and Wales.

Matt is a member of the Prince’s Trust Advisory Council in Wales and has a leading role in work with Public Health Wales on tackling Adverse Childhood Experiences. He leads on a number of portfolios for the National Police Chiefs’ Council, including the recruitment, retention and wellbeing of investigators.

He retains a strong interest in wider issues of health and wellbeing in the service and is chair of Police Sport UK. As a keen sportsman himself, he has competed in running, triathlon and swimming events (and keeps promising the next charity match is definitely his last game of rugby).

Matt was awarded a Queens Police Medal in the New Year Honours List 2018.
Matt, a married father of two was born in the Midlands and has called South Wales home since 2010.