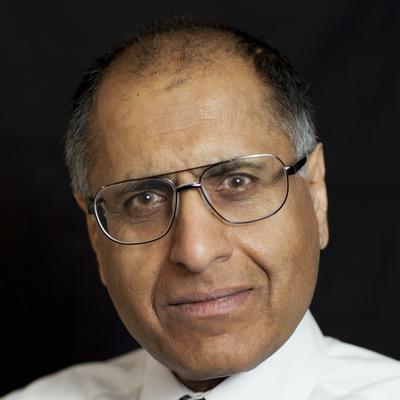 Mohammed Amin has on several occasions been listed as one of the hundred most influential Muslims in the UK.

Despite his parents being illiterate, Amin graduated in mathematics from Clare College, Cambridge and obtained a Post Graduate Certificate in Education from Leeds University. After a year teaching, he trained as a chartered accountant, qualifying in 1977 after being placed fifth nationally in the PE1 examination out of over 4,000 candidates. In 1978 he qualified as a chartered tax adviser being awarded an examination distinction. In 1995 he became an associate member of the Association of Corporate Treasurers. His Chartered Institute of Taxation fellowship thesis was awarded a medal for the best thesis submitted in 1999.

For 33 years Amin practiced as a tax adviser, eventually spending 19 years as a tax partner in Price Waterhouse, now PricewaterhouseCoopers LLP. He was the first Muslim to be admitted to the Price Waterhouse partnership in the UK. He specialised in international tax and the taxation of derivatives and foreign exchange, and for four years he led the firm’s UK finance and treasury tax network. Before his retirement at the end of 2009, Amin was PwC’s head of Islamic finance in the UK. He has presented on Islamic finance around the world as well as advising the UK Government. From 2003 until he retired, Amin was an elected member of PwC’s 15-person Supervisory Board, responsible for overseeing the firm’s management.

In retirement, Amin spends most of his time “giving back” to the community by writing, speaking, broadcasting, informal mentoring and active involvement in many organisations. This includes being:

His work for the community was recognised by his selection as Clare College Cambridge’s Alumnus of the Year 2014. In 2016 he was awarded an MBE for services to community cohesion and inter-faith relations in Greater Manchester.