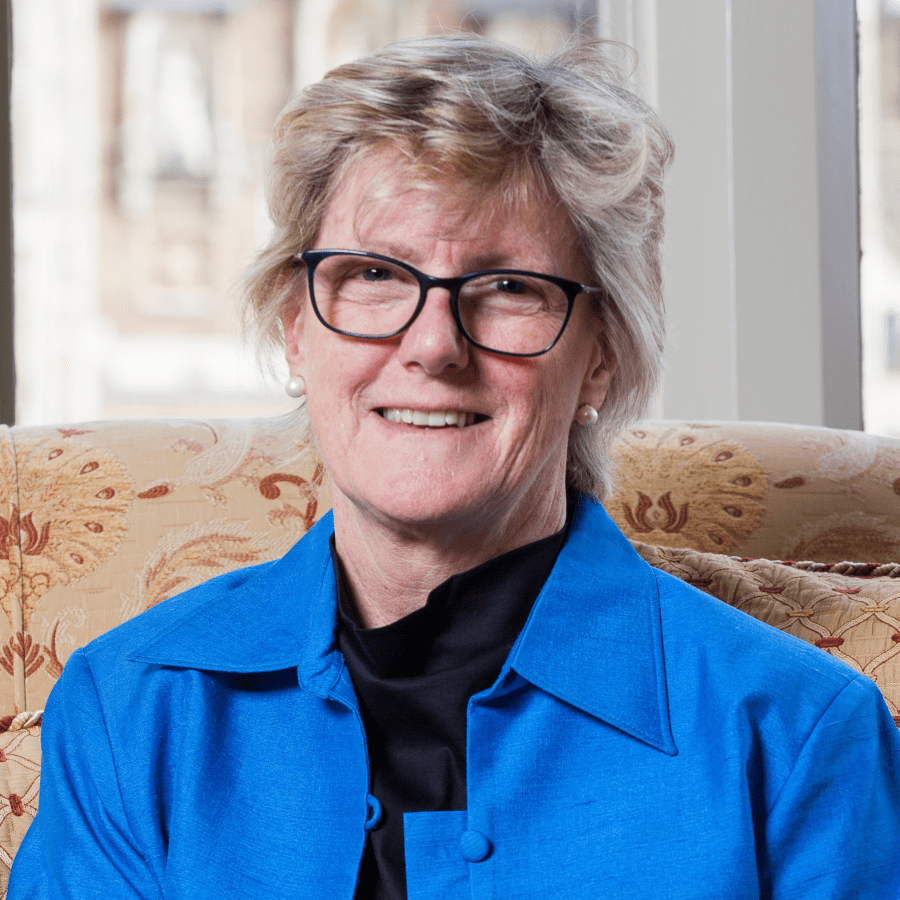 Dame Sally Davies was installed as the 40th Master of Trinity College on 8 October 2019. She joined the College after a distinguished career as a clinical academic and public servant.

Dame Sally graduated from Manchester Medical School in 1972 and became a Consultant Haematologist specialising in sickle cell disease. In 1997 she was appointed as Honorary Professor of Haemoglobinopathies at Imperial College.

Dame Sally was the Chief Scientific Adviser to the Department of Health from 2004-2016. In 2006 she founded the National Institute of Health Research (NIHR) and was the Inaugural Director. In 2013 she established and became a Non-Executive Director of Genomics England Ltd (GEL) which sequenced 100,000 whole genomes of NHS patients.

Dame Sally was the Chief Medical Officer for England and Senior Medical Advisor to the UK Government from 2011-2019. She authorised 11 independent annual reports and 3 special reports: Medical Cannabis, Screen Times for Children and Obesity in Childhood.

She has become a leading figure in global health including serving as a member of the World Health Organisation (WHO) Executive Board 2014-2016 and as co-convener of the United Nations Inter-Agency Co-ordination Group (IACG) on Antimicrobial Resistance (AMR) reporting in 2019.

She has championed the need to address AMR across all sections: human and animal health, agriculture and environment within the UN family and globally. In 2019 Dame Sally was appointed as the UK Government’s Special Envoy for Global AMR.

In the 2020 New Year Honours, Dame Sally became the second woman (and the first outside the Royal family) to be appointed Dame Grand Cross of the Order of the Bath (GCB) for services to public health and research having received her DBE in 2009. She was elected Fellow of the Royal Society in 2014 and a member of the National Academy of Medicine, USA in 2015. She has been awarded more than 30 honorary doctorate degrees.