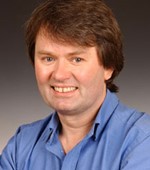 Ian is an environmental economist with a wide array of research interests. These revolve around the issue of ensuring sustainable wellbeing through the integration of natural and social science knowledge within decision making and policy. Particular interests lie in the fields of quantitative analysis, integrated modelling and the valuation of non-market benefits and costs. Ian was formerly the Director of the Centre for Social and Economic Research on the Global Environment (CSERGE) which is independently ranked as the No 1 European research institute in environmental and resource economics. He also holds Professorial and Research Fellow positions at The University of Western Australia and both the University of Lincoln and Waikato University, New Zealand. Ian holds a Royal Society Wolfson Research Merit award (awarded 2011 for five years) and is a Member of the UK Department for Environment, Food and Rural Affairs (Defra) Natural Capital Committee (NCC) reporting to the Chancellor of the Exchequer. Until December 2015 he was a member of (and the only economist on) the Defra Science Advisory Council (SAC) and is a Member of the Board of Directors of the UK Joint Nature Conservation Committee (JNCC). Ian is also a member of the Natural Environment Research Council (NERC) Strategic Programme Advisory Group which advises NERC on its research programme, a member of the Centre for Ecology and Hydrology (CEH) Science Development Group , UK Country Representative and Member of the European Association of Environmental and Resource Economists (EAERE) and a member of the Aldersgate Group linking environmental research, policy and business.
Ian was Head of Economics for the UK National Ecosystem Assessment (UK-NEA) and led the economics component of the second phase of the UK-NEA. Ian has been Principle Investigator (PI) of nearly 70 major research grants, including the NERC Valuing Nature Network which united over 1,200 business and policy decision makers with research experts worldwide; and the ESRC Social, Economic and Environmental Research (SEER) Large Grant. He is currently the economics lead on the ESRC Nexus Network.
Ian has been or is advisor or consultant to: Defra, DfT, DoH, NICE, OECD and numerous other bodies. He is also the Chief Editor of the leading international journal ‘Environmental and Resource Economics’. He has written over 130 peer-reviewed journal papers (citation h-score 62) and has written or edited more than a dozen books and over 100 chapters in books. He was awarded on OBE in 2013 for services to environmental science and policy and is a Fellow of the Royal Society of Arts and the Royal Society of Biology.
In July 2020 he was awarded a Fellow of the British Academy.