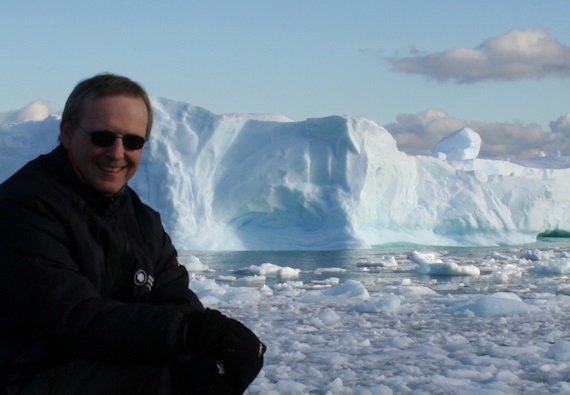 Lloyd Peck was raised in the Black Country in the West Midlands. He attended Leamore Primary School and was the first boy in over a decade to go from that primary school to the area’s grammar school, Queen Mary’s. He only took the school’s entrance exam because of the insistence of his mother who saw education as one of the few ways to achievement. At Queen Mary’s he was outstanding at sports, being county champion in cross country and 1500 m running, as well as representing the school in rugby and squash rackets. Academically he was top set, but not outstanding. He never thought of university, and thought he was destined for management in one of the heavy industries prevalent in the Midlands at the time. However, after “O” levels the specific encouragement of one teacher made him think of going to university, and from further encouragement to apply to Cambridge. Not only was he the first in his extended family to go to Cambridge, but the first to go to any university.

At Cambridge Lloyd again excelled at sport, representing Cambridge in athletics and cross country running, and representing the combined Oxford/Cambridge team in a tour of American Ivy League universities. He also learnt a great deal about zoology and how life on Earth functions, as well as learning to scuba dive. At the end of his degree one of his tutors offered him a PhD that he declined because he did not think he was bright enough to do a PhD, despite the tutors arguments that he was well skilled for post graduate research. He felt he did not belong and returned to the West Midlands and began working in a steel foundry.

After a year in the foundry he realised that he was not made for industry and applied for PhDs that were less academic and more applied. He was successful in getting a combined research and teaching post at Portsmouth, then Polytechnic and now University on the aquaculture of abalones – very large edible limpets. In his PhD he developed a strong interest in how animals use energy and how environments affect what animals can do and are restricted from doing. This interest led him to look for research posts that investigated animal/environment interactions.

When the British Antarctic survey advertised a position studying energetics of animals in extreme environments he immediately applied and go the job. Nearly 40 years later he is an international leader in understanding animal adaptations to cold polar environments and the abilities of animals to respond to change, to resist or adapt to altered environments, and how this cold distant place both restricts what animals can do, but also allows life to solve problems in ways not possible elsewhere, such as the existence of 16 species of fish that are the only animals with backbones on Earth that do not have red blood cells and survive on the 4-5% of oxygen just dissolved in blood.

He has completed 19 Antarctic field seasons and 3 Arctic field expeditions. He has led 3 major programmes of over 25 scientists, lasting at least 5 years each. He has published over 350 science papers, books and book chapters and has over 800 logged scuba dives in Antarctica.

His main current achievements are: