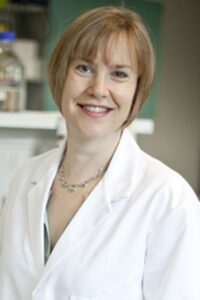 Melanie started her scientific career as an undergraduate in Biochemistry at Imperial College, London.

She moved to the Imperial Cancer Research Fund, London, for her PhD, which focused on cancer cell biology.

After several years of post-doctoral research at The Biomedical Research Centre, University of British Columbia, in Vancouver, Canada, Melanie was appointed to a Lectureship in the Department of Pharmacy and Pharmacology, University of Bath, where she developed a career as a leading researcher in molecular signalling and stem cell science.

She was the first female Professor appointed in the 97-year history of her department and served as Co-Director of the University’s Centre for Regenerative Medicine for 4-years.

In 2012 Melanie was appointed as Executive Director of Science at the Biotechnology and Biological Sciences Research Council (BBSRC), the largest public funder of non-medical biological research in the UK. From 1 April 2018, Melanie has been Executive Chair of BBSRC, now part of UK Research and Innovation. BBSRC invests around £450M annually in research in Universities and Institutes that is seeking to increase our understanding of biological systems, develop new technologies and find solutions to some of the key challenges facing society, such as healthy ageing, tackling infections, and harnessing the power of biology to produce food, fuel, fibre, chemicals and medicines sustainably.

Melanie has served on and chaired many panels and boards, including national and international review committees and advisory groups. She is currently a Member of the Board of Trustees of the Human Frontiers Science Program Organisation, a Member of the Governing Board for Science Europe and a member of the Global BioData Alliance Board.

In her current role Melanie is an advocate for equality, diversity and inclusion and proud mother of two independently-minded daughters.