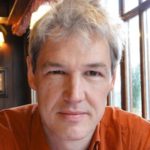 Michael Kölling is a Professor at the School of Computing, University of Kent, in Canterbury, UK. He holds a PhD in computer science from Sydney University, and has worked in Australia, Denmark and the UK. Michael’s research interests are in the areas of object-oriented systems, programming languages, software tools, computing education and HCI. He has published numerous papers on object-orientation and computing education topics and is the author of two Java textbooks. Michael is the lead developer of BlueJ and Greenfoot, two educational programming environments. He is a UK National Teaching Fellow, Fellow of the UK Higher Education Academy, Oracle Java Champion, and a Distinguished Educator of the ACM. In 2013, he received the ACM SIGCSE Award for Outstanding Contribution to Computer Science Education. Michael is a founding member of ‘Computing At School’, a UK organisation furthering computing teaching at school level.