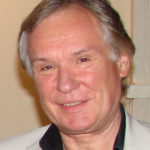 Professor David Neil Payne CBE FRS FREng is a leading Professor at the University of Southampton and Director of the Optoelectronics Research Centre.

A world class pioneer of technology, his work has had a great impact on telecommunications and laser technology over the last forty years. The vast transmission capacity of today’s internet results directly from the erbium-doped fibre amplifier (EDFA) invented by David and his team in the 1980s.

His pioneering work in fibre fabrication in the 70s resulted in almost all of the special fibres in use today including fibre lasers which are currently undergoing rapid growth for application in manufacturing and defence. David has made numerous leading contributions to many diverse fields of photonics and is widely acknowledged as an inventor of key components.

As an entrepreneur David’s activities have led to a cluster of 11 photonics spin out companies in and around Southampton – helping to boost the local economy. He founded SPI Lasers PLC, which has recently been purchased by the Trumpf Corporation of Germany for $40M.

He became a Commander of the British Empire in the 2007 New Years Honours list. In addition he has been awarded the top American, European and Japanese prizes in photonics. Recent awards include the Marconi Prize in 2008 and the 2007 IEE Photonics Award the first to be awarded to a person outside the USA. Most recently, in 2010, David received the AILU (Association of Laser Users) Award for his pioneering work with fibre lasers.