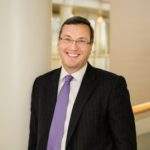 Stuart became the Vice-Chancellor and President of the University of Warwick in February 2016, moving from his previous role as the University’s Provost and prior to this as the Pro-Vice-Chancellor for Research (Arts and Social Sciences). Stuart has been part of Warwick’s community since 2007, when he joined the Politics and International Studies department as Professor of International Security.

Working with colleagues, Stuart is responsible for ensuring the University of Warwick delivers excellent education and research within the region, nationally and internationally. Stuart’s work is in the field of security studies for which he has previously held senior posts at the University of Birmingham, the Economic and Social Research Council (ESRC) and the British International Studies Association.

His research has focused on constructivist and cultural accounts of security. This is reflected in a number of written works which include contributions to the International Relations, International Affairs and Government and Opposition journals. He have published Culture, Crisis and America’s War on Terror (Cambridge University Press, 2006) and Securitizing Islam (Cambridge University Press, 2012) and was author, co-author or editor of a further dozen books.