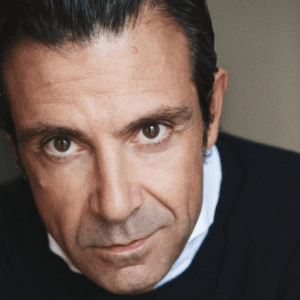 Rahmyn Kress is the Chief Digital Officer and Chairman of the Digital Executive Committee at Henkel and founder of Henkel X, a platform to accelerate Henkel’s entrepreneurial and digital transformation. A German and British national; he holds an MBA and PhD in behavioural economics and organisational behaviour. He currently lectures organisational behaviour and change at ESCP Europe, the world’s oldest business school.

Rahmyn was a media executive during the first wave of disruption through digital technology. Throughout his career he has worked across various technology sectors with a strong focus on consumer-centric business models. Previously he was the CEO and President of the tech company DigiPlug, which was acquired by Accenture. He was then promoted to head of ACCENTURE Ventures for Europe, Latin America and Africa.

Today, Rahmyn is a prominent member in the venture capital and startup community, an active mentor and angel investor and sits on a number of executive advisory boards of US and UK corporations and member of the World Economic Forum for the “Platform Economy“. He is a frequent guest on political/ economic panel discussions.

Most recently, Rahmyn founded thebeautifulminds.club, a platform that unites entrepreneurs, artists, business leaders, investors and academics, creating a highly diverse and hyperconnected ecosystem for innovation. TheBeautifulMinds actively support individuals with ADHD and dyslexia challenge archaic viewpoints and stigmas around ADHD, dyslexia and similar neuro-diversities creating awareness that these neuro-diversities can be great assets in the right context and when being recognized as gifts rather than mental illnesses. TheBeautifulMinds foundation work to nurture these unique skills instead of extinguishing them. In consequence they will help to develop and invest in educational programs that identify early on pupils with such neuro-diversities as potential entrepreneurs and founders of the future and create the right environment for them to develop.