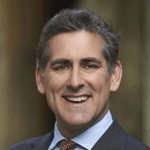 Richard is a leading barrister specializing in planning and environmental law and practicing from 39 Essex Chambers in London. The sort of cases he works on varies enormously and includes the promotion of the new High Speed 2 train-line for the government, challenging airport expansion at Heathrow and Stansted, opposing the construction of a motorway near a protected Savannah in Trinidad and the promotion of new byelaws to prevent the killing of salmon and trout in Wales. Richard is the first person in his family to become a lawyer and did not study law at University. He still remembers how daunting a lack of familiarity with the path to and features of a career in law can sometimes feel. He has therefore given a number of presentations in schools aimed at demystifying what life as a lawyer involves and, for those who might be interested in becoming one, how to do so.