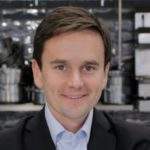 Born in Chester in 1980, Richard graduated in geography from Durham University and then qualified as a chartered surveyor. He developed his own property businesses in Poland and the UK before joining Iceland, the company founded by his father Malcolm, in 2012.

Richard spent his first year with the business as a full-time shelf-stacker and cashier in London before becoming an Iceland store manager.

He was appointed Managing Director of The Food Warehouse, Iceland’s chain of larger format stores, in 2015, and is also the Group lead on sustainability issues.

Richard is married with two daughters. Outside family and business, his greatest passions are trail running, skiing, surfing and climbing.