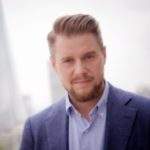 Previously managing director of NME, he played a pivotal role in NME’s brand transformation, which saw the iconic music magazine move to a free distribution model in September 2015. Developing brand partnerships with the likes of Google, Apple, Topman, Adidas and Jack Daniels, NME was regarded as an audience and commercial heavyweight within both the music and wider media industry.
Romano has 16 years’ experience in event, digital and print media, starting his career at Time Inc. UK (then IPC Media) as a sales executive in February 2001. Since then, Romano has progressed to hold senior positions, including Group Sales Director of the Specialist division, which saw him lead a team of over 100 staff working across more than 35 brands.
@romanosidoli