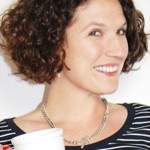 Sara Tate is CEO of world-renowned advertising agency, TBWALondon. As a high-profile industry spokesperson, a role model for managing a C-suite position on a four-day week, a member of the WACL ‘Fit for 100 Committee’, an IPA Commercial Leadership Group representative, a founder member of the London Two Percent Club which aimed to resolve the underrepresentation of women in senior positions and an Oxford University graduate, Sara has been invited to speak at many events, both inside and out of the advertising industry. Recent engagements include: Speakers for Schools, the Omniwoman Summit 2018 and the London Stock Exchange’s ‘Superfast’ panel. Because Sara is such an articulate and entertaining speaker, she has also featured on many podcasts for industry publications like Adweek and AdForum.

Sara’s foundations as a strategist helped her become leader of one of the world’s foremost creative companies: Mother London. She has worked on some of the UK’s best-loved brands including Coca-Cola, Boots, Sainsbury’s and British Airways; winning two APG Awards for planning excellence along the way. Sara was subsequently appointed Mother London’s very first Managing Director, a position that paved the way for becoming TBWALondon’s CEO in 2017.