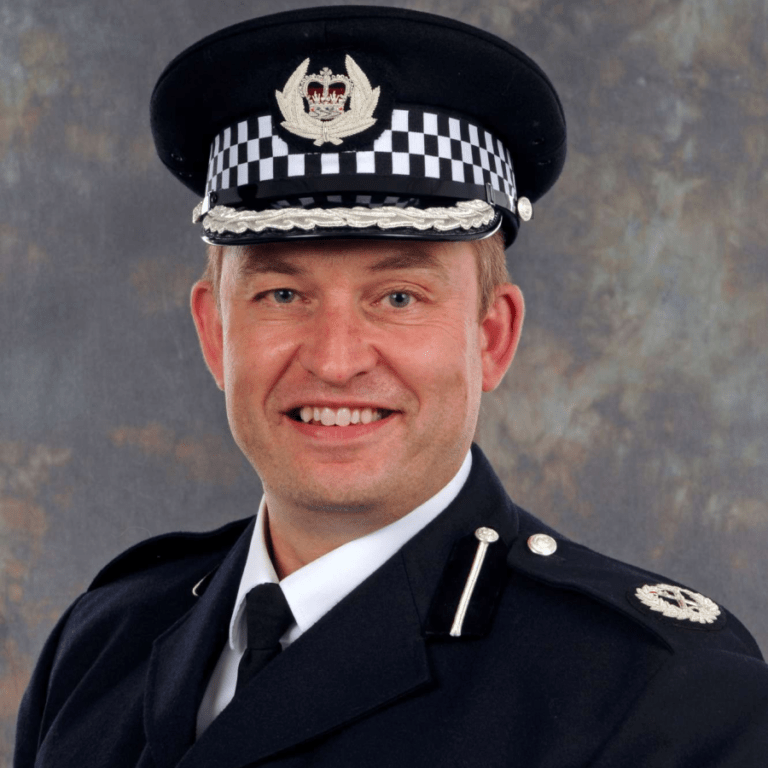 Assistant Chief Constable Simon Megicks began his policing career with Cambridgeshire Constabulary in April 1996.
Simon served in a number of roles across the constabulary. In 2005, upon promotion to Superintendent, he led staff through dramatic performance changes, implemented the force’s response to neighbourhood policing and established himself as a senior operational commander. In 2010, he became Head of Public Protection, developing a sustainable model for the department as part of the Force’s redesign project
In 2013, Simon was promoted to Chief Superintendent becoming the Head of Corporate Development and led the Constabulary’s ICT enabled change programme.
He undertook the role of Temporary Assistant Chief Constable for Hertfordshire Constabulary in September 2015, overseeing the Collaborated Change Portfolio for all operational support functions including Contact Management across collaboration for Hertfordshire, Bedfordshire and Cambridge.
Simon joined Norfolk Constabulary in June 2017, upon promotion as Assistant Chief Constable. He is the collaborative lead for Protective Services and Joint Justice Services for Norfolk and Suffolk. This involves overseeing the delivery of Cyber and Serious Crime, Intelligence, Major Investigations, Forensics, Specialist Operations along with Custody, Criminal Investigation Unit and Criminal Justice. In addition he is the Emergency Services Mobile Communications Project lead across both forces and is the chair of the Eastern regional mobile policing user group.

Simon is a Strategic and Specialist Firearms Commander, Public Order Gold Commander and is Multi-Agency Gold Incident qualified. He was a qualified Senior Investigating Officer, having led a number of serious crime enquires.

Simon has a degree in Physics, is a chartered member of the Chartered Institute of Personnel and Development, has a Masters in Police leadership and is a graduate of the University of Cambridge’s M.St programme in Applied Criminology and Police Management. Simon is married with two young children.