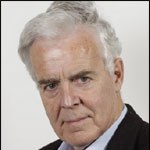 Sir Geoffrey Owen was born on April 16, 1934. He was educated at Rugby School and Balliol College, Oxford, where he studied classics. After two years’ national service in the Royal Air Force, he joined the Financial Times as a feature writer in 1958. He held several posts on that paper, including those of Industrial Correspondent, Industrial Editor, and US Correspondent based in New York.

Geoffrey Owen returned to the Financial Times in 1972 and was appointed deputy editor in 1973. He was appointed editor in 1980 and held that post until the end of 1990, when he joined the London School of Economics. He worked first in the LSE’s Centre for Economic Performance and later as senior fellow in the Department of Management, where he taught courses in corporate strategy and international business. He retired from teaching in 2013 but has continued his association with the Department as a visiting professor. He is also a Research Associate in the LSE’s Financial Markets Group, working in the area of corporate governance.

Geoffrey Owen’s publications include: “Industry in the USA” (Penguin 1967), “From Empire to Europe: the decline and revival of British industry since the Second World War” (HarperCollins 1999), “The rise and fall of great companies: Courtaulds and the reshaping of the man-made fibres industry” (Oxford, 2010), and “Science, the State and the City: Britain’s struggle to succeed in biotechnology (with Michael Hopkins, OUP 2016).

Sir Geoffrey was a non-executive director of Laird Group plc from 2001 to the end of 2006. He was chairman of the Wincott Foundation, a charity devoted to maintaining high standards in economic and financial journalism, from 1995 to 2015.

He is married with one daughter.