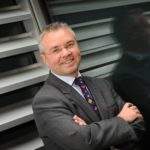 CEO, National Society for the Prevention of Cruelty to Children (NSPCC)

Peter Wanless is the Chief Executive of the National Society for the Prevention of Cruelty to Children (NSPCC) a role he has held since June 2013. The NSPCC is one of the UK’s oldest and best known charities which exists to fight for every childhood. The NSPCC delivers services, generates knowledge and campaigns:
to prevent child abuse and neglect;
to protect children from abuse and neglect; and
to transform attitudes, behaviours and laws to give all children the safety and start in life they deserve.

Over 90% of the £125m a year spent by the NSPCC comes from voluntary donations which support the work of around 1,800 staff and 12,000 volunteers. Services include ChildLine, offering young people 24/7 confidential support when they have nowhere else to turn, a Schools Service which helps all 5-11 year olds learn how to stay safe and specialists working directly with some of the most vulnerable children and families across the UK.

Between 2008-2013 Peter was Chief Executive of the Big Lottery Fund, distributing £700m a year in good cause grants to charities and community groups.

He had previously spent ten years with the Department for Education, specialising in schools’ reform. Between 1998 and 2003 he was the Department’s Director of Strategy and Communications.

Between 1987 and 1998 Peter worked at the Treasury, operating in a range of roles including Head of Private Finance Policy and Principal Private Secretary to three Cabinet Ministers.

Peter was educated at his local comprehensive school in Chippenham, (Sheldon School) where his father taught music.

Peter is married with a 14-year old son. He was awarded the Companion of the Order of the Bath (CB) in the 2007 New Year’s Honours List for distinguished public service.