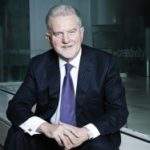 Sir Rod Aldridge is a social entrepreneur with over 40 years’ experience in the public, private and third sectors. In 1984, he founded Capita, leading it until his retirement in 2006, and turning it from start-up to a FTSE 100 company. Today, Capita remains the market leader in the provision of support and professional services to the government and private sector in the UK, and employs more than 75,000 people. Sir Rod was instrumental in the formation of the CBI’s Public Service Strategy Board which had as its membership all the CEOs of the major organisations involved in the outsourcing industry and was Chair from its inception in 2003 until 2006.

Prior to Capita, Sir Rod worked in local government for ten years for four local authorities qualifying as a Chartered Public Finance Accountant. He Joined the secretariat of the Charted Institute of Public Finance and Accountancy (CIPFA) in 1974 and went on to become its Technical Director. In 1984 he became the Managing Director of CIPFA Computer Services (CSS) Ltd and ultimately let the Management Buy Out of CCS resulting in the formation of the Capital Group.

In 2006, Sir Rod established the Aldridge Foundation to further the work of his charitable trust. Over 10 years it has developed a family of sponsored non-selective community academy schools and colleges that have a strong focus on developing entrepreneurial skills and on rapidly improving the quality of education on offer in order to transform the life-chances of young people. He is a Patron of the Department of Education’s Academy Sponsor Programme. In September 2016 we established Aldridge Education as a multi-academy trust which is now responsible for the performance of the performance of the family of Aldridge schools. Sir Rod is Trustee of Aldridge Education and a Governor of Kensington Aldridge Academy and Ada, the College of Digital Skills in Haringey.

Sir Rod was awarded an OBE in the 1994 New Years Honours List, for services to the computer industry, and was given the freedom of the City of London in 1996. In 2006, he was elected fellow of the Royal Society of Arts and in 2012, he received a knighthood for services to young people. He holds an Honorary Degree from Manchester Metropolitan University awarded for his services to education and the community.

Sir Rod is Chair of The Lowry, the award winning arts and entertainment venue in Salford; patron and former Trustee of The Prince’s Trust, former Non Executive Director (NED) of Equiniti, a specialist in technical, financial and administrative services, former Chair of Acorn Care and Education, a provider of special schools across England, and a founding member of The Prince’s Charities Council. He is currently a NED of Cornerstone Property Assets and of Warwick Estates Property Management Ltd

He is a Founder Freeman of the Guild of Entrepreneurs.