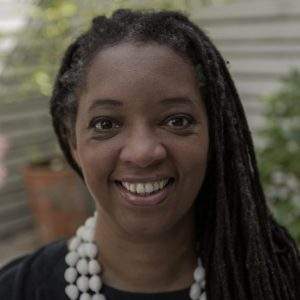 The 42nd Master and first woman to lead Jesus College since its foundation in 1496, Sonita succeeds Professor Ian White FREng, who was appointed vice-chancellor of the University of Bath earlier this year.

A businesswoman and entrepreneur, Sonita brings a wealth of governance experience to her new role. Appointed by the Mayor of London to the Board of the London Legacy Development Corporation in 2012, she is part of the drive to promote and deliver regeneration in the Queen Elizabeth Olympic Park and surrounding areas.

In her five-year tenure as a BBC Trustee, Sonita championed diversity and inclusivity to represent all communities of the UK; and as part of the national media skills body Skillset, she helped to shape and implement widening access and participation work around the radio broadcasting industry.

Brought up in East London, Sonita studied for her undergraduate degree in philosophy at Fitzwilliam College, Cambridge. A career in radio followed, including founding production company Somethin' Else which she led as Chief Executive from 1991 until 2009.

Winner of the Carlton Multicultural Achievement Award for TV and Radio in 2002, Sonita is a Fellow of both The Royal Society of the Arts and the Radio Academy. She was awarded an OBE for services to broadcasting in 2004.

Sonita is the director and founder of the Yes Programme, an online careers information scheme which gives school pupils an insight into how classroom skills translate to real world careers.

Her current non-executive posts include chair of the British Board of Film Classification, director of the Cultural Capital Fund, governor of the Museum of London and member of the Skills for Londoners Business Partnership Members Group - advising the Mayor of London on improving skills provision to meet the capital’s needs.

Previous board roles include the National Employment Panel, BBC Trust, London Skills and Employment Board, chair of the Radio Sector Skills Council, non-executive director of the Department for Culture, Media and Sport and member of the Court of Governors at the University of the Arts London