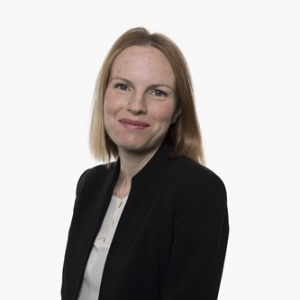 Sonya Branch joined the Bank as its General Counsel in May 2015. In this capacity, Sonya is the Executive Director for the Legal Directorate, which is responsible for providing legal advice to both the Bank and the Prudential Regulation Authority.

Sonya was previously Executive Director of Enforcement and a Board member at the Competition and Markets Authority. Prior to this, Sonya had been an Executive Director of Enforcement and Mergers, and a Board member, at the Office of Fair Trading until its merger with the Competition Commission to form the CMA in April 2014. Sonya was also seconded to Department of Environment, Food and Rural Affairs by the Cabinet Office to lead on a Triennial Review in 2012.

Between 2000 and 2007, Sonya worked at international law firm Clifford Chance, where she specialised in financial services antitrust law, and was the youngest person in the firm’s history to become a partner. She began her legal career at Linklaters.

Sonya read jurisprudence at Magdalen College, Oxford University and holds a postgraduate diploma in European Competition Law. She is a Trustee of the national charity, Target Ovarian Cancer, and a Governor of Unicorn School, Kew.