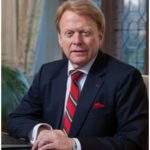 Steve Nash joined the motor industry on graduating in 1977 and has held a variety of roles on both the manufacturer and retail sides of the business. A large part of his career has been spent with BMW UK, having worked for the organisation from 1986 up to the end of 2012, with the last 15 years being served as a Director of the company and including a period with responsibilities for the Rover and Land Rover brands.
As Aftersales Director for the BMW Group in the UK, Steve’s experience covered all of the commercial aspects of the BMW and MINI Aftersales business, as well as the Customer Service, Technical, Warranty and Bodyshop functions. He also held responsibilities for parts warehousing and logistics, vehicle storage and logistics, Call Centre operations and the BMW Group Academy.
As a long term member and Fellow of the Institute of the Motor Industry (IMI), Steve became formally involved with the Institute’s governance 10 years ago as a non-executive Director. He went on to serve an extended 5 year term as Chairman of the IMI’s Group Board, followed by a further 3 years as President and, in January of this year, joined the Institute on a full-time basis as Chief Executive.
The Institute is the motor industry’s Professional Association and is a member’s organisation, as well as being the Government licensed Sector Skills Council for the retail motor sector, covering both light and heavy vehicles. The IMI is also the Governing Body for the Automotive Technician Accreditation (ATA) and Automotive Management Accreditation (AMA) schemes, amongst others, and administers the Irtec scheme on behalf of the SOE. All of these schemes, as well as IMI Membership, are linked to the IMI Professional Register, launched in April 2013. IMI Awards Ltd is a separate Group company and is the primary Awarding Organisation in the UK motor industry.
Awarded the Motor Industry Personality of the Year accolade by Automotive Management in 2012 and achieving the No.10 position in AM’s Top 50 Movers & Shakers in the UK Motor Industry, 2013, Steve took on the CEO role at the IMI to help raise standards of professionalism across the industry. His aim is to help those who continuously invest in their skills and commit to working ethically to clearly differentiate themselves from those who don’t…..

Steve’s participation has been made possible through Speakers for Schools partnership with the UK Automotive 30% Club and his school talks will include a focus on inspiring girls to consider opportunities in the automotive sector and encouraging all students to aim high.